What was the mysterious object that hit the ‘Super Blood Wolf Moon’? - iWONDER

Scientists have solved a mystery that has bothered stargazers in the wake of a total lunar eclipse on January 21, when a tiny object struck the moon as it captivated millions with its copper-red makeover.

A team of scientists from Colombia and the Dominican Republic have authored a paper offering a detailed account of the object that slammed into the Moon during a recent lunar eclipse. The moment the suspected meteor hit the lunar surface was captured only by a few, but triggered a vivid guessing game regarding the object’s origin and size. The impact itself was very brief, with only a bright flash discernible in the top left quadrant of the Earth’s satellite at the time.

Drawing on images and videos by amateur astronomers from Colombia, the Dominican Republican and Morocco, the researchers sought to determine the size, orbit, energy and impact left by the meteor that caught eye of many sky-watchers.

Being relatively heavy for its size, the space rock left quite a trail of destruction when it smashed into the Moon at a speed of some 47,000 km/h. According to the researchers, the collision left a crater 7 to 14 meters wide that could be detected in the future by a lunar probe. 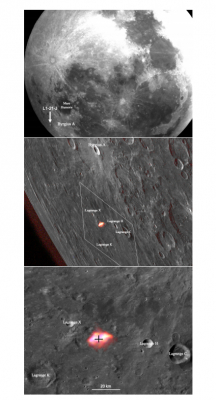 Researches note that such encounters are relatively common, but this one stands out because it was observed by numerous people around the world, providing a rare insight into the phenomenon. The surface of the moon is hit by an estimated 2,800kg worth of meteor material, predominantly rock and ice, each day.

Social networks and easy access to technology lent a big helping hand in the increased awareness of celestial events, argued Karls Peña, member of the Dominican Astronomical Society and coauthor of the work, stating that they “have brought humanity closer than ever to science (especially to non-experts).”

The ‘Super Blood Wolf Moon’ is a rare concurrence of three cosmic phenomena. “Wolf moon” is a name given by Native American tribes to a full moon that happens in January, whereas a total lunar eclipse is called a “blood moon.” It is also called a ‘supermoon’ due to the moon reaching its closest orbital point to Earth.